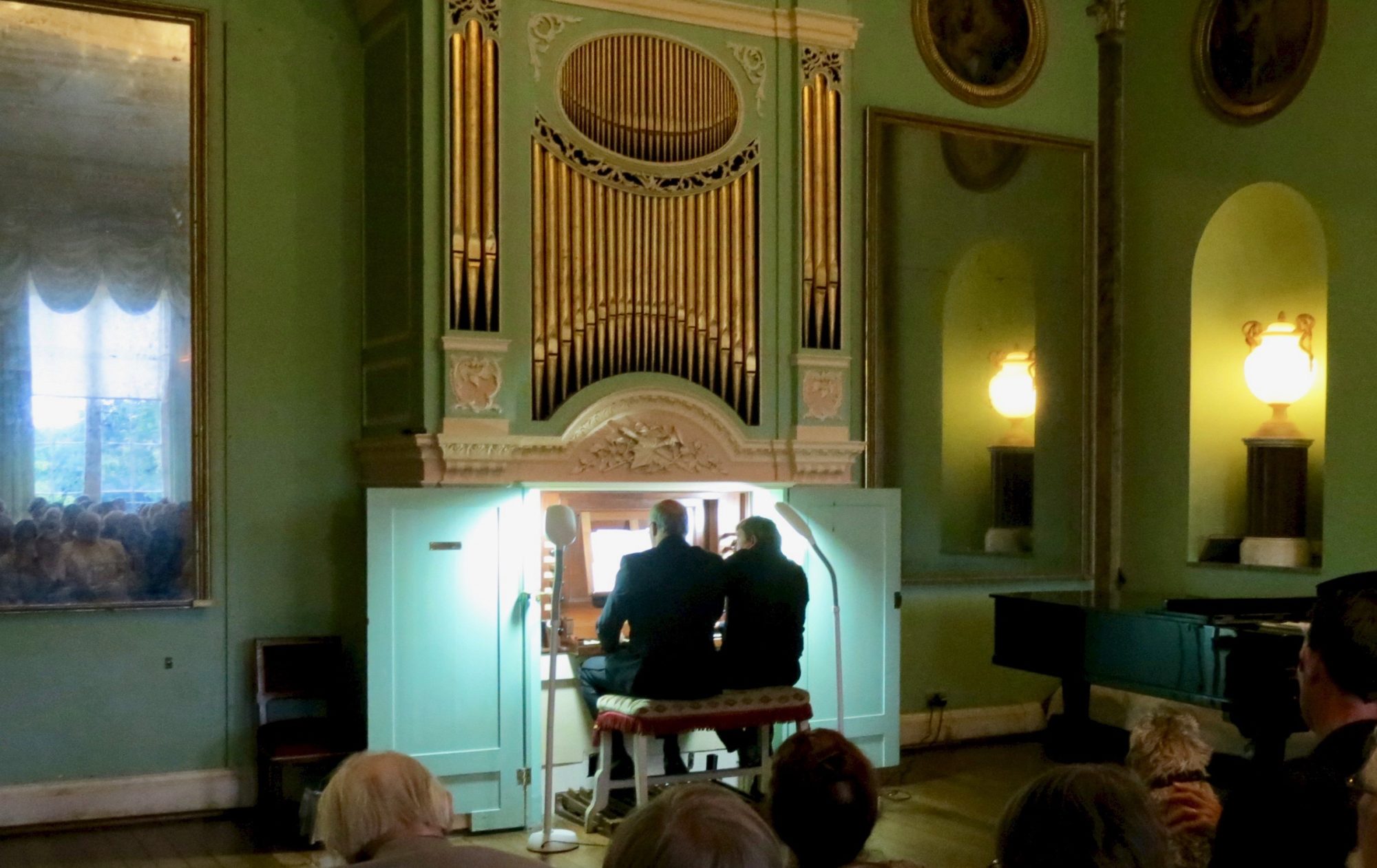 For the June summer concert – a cold evening with torrential rain – we were treated to a duet programme by Exeter organists Andrew Millington and David Davies.

In the first half, we were given some little-heard music for organ duet (on the Castle’s Brice Seede organ of 1769) by 17th & 18th century composers. Framing the half with two Handel arrangements – the Hallelujah chorus & ‘Zadok the Priest’ – by the prolific Georgian ‘gentleman’ composer John Marsh, were two more substantial works, the three-movement ‘Grand Duet’ by the London organist Samuel Wesley (1812) and a Prelude and Fugue of 1782 by Marsh. Marsh, an inveterate traveller, visited the castle grounds at the age of 67 and climbed to its belvedere!

It was a delight to hear this restored organ played so well by such professional musicians.

The second half consisted of more light-hearted piano duet arrangements ranging from Rossini to Scott Joplin and Percy Grainger, centred around Mozart’s only Sonata for piano duet.

A delightful evening, in spite of the weather!

We use cookies to ensure that we give you the best experience on our website. If you continue to use this site we will assume that you are happy with it.Ok